Everything is licensed under the AGPLv3 and you can follow and hopefully join the development effort over on SourceHut or on GitHub.

As for myself, my name is Ben, the lead dev of this project and you can watch me work on this Game on my Twitch channel, I try to do more visually exciting features on stream but it is still just me coding away, so be prepared for that.

To find other People to play with and/or smalltalk about LISP be sure to Join our Discord or Matrix communities.

Something to look at 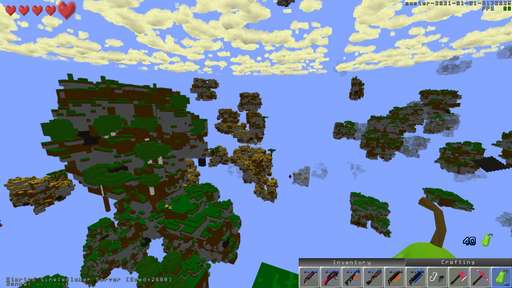 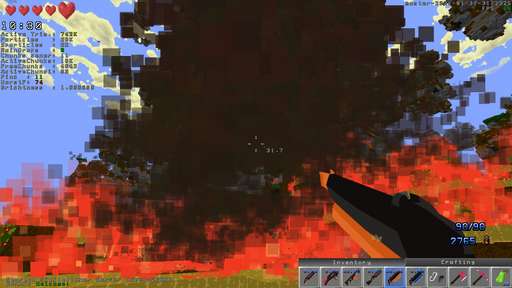 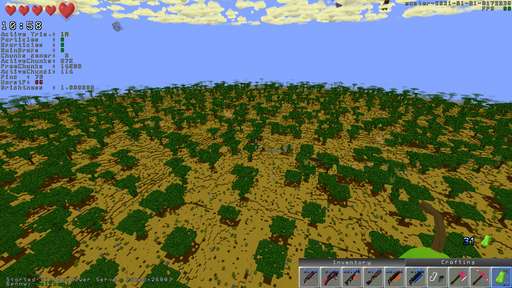 
Or try a new Development release:

Or play directly in you Browser, thanks to the magic that is Emscripten 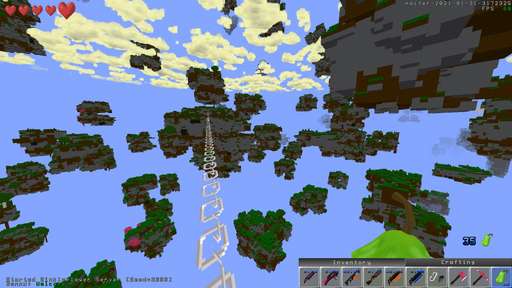 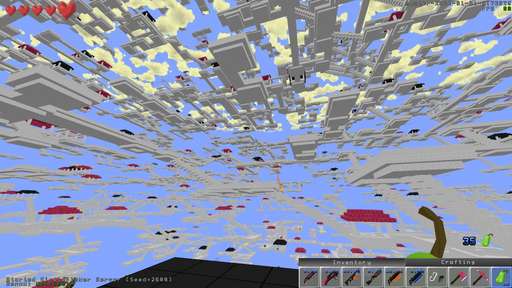 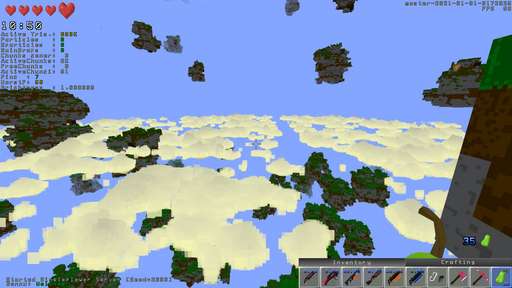 Cool things that are already true

A lot is still planned for this game, but since those are still in not complete or guaranteed to be in later versions of the game I do not wanna spoiler those that much, you can look into the various textfiles in the repo though to see some ideas. Since this game is developed without a fixed plan let me tell you about some priorities I have for this game:

Playing together as a group in a survival sandbox and fighting a common enemy have been some of the most enjoyable experiences I had in gaming, that is why I want to put most of my time into optimizing for this style instead of players competing with each other (apart from that there are already a lot of competitive shooters out there).

I try to keep the grinding to a minimum, which is one of the reasons why I do not want players to have to mine for resources, instead players should explore and/or fight to progress.

Since computing power is set by the players hardware I can only decide where to spend those cycles on, which will most likely be something enhancing gameplay.

I greatly prefer just experimenting around with features and see what is working and what is not, even if this means throwing out old working features.

Most games focus solely on the players actions where pretty much everything needs to be initiated by the player, here I want to try out to put the world in the center, where things might just happen without anybody noticing or having something to do with it. One thing I would love to reach would be for it to be an enjoyable experience to just sit in-game and watch the scenery and events unfold.

Performance is quite important to me because there are a lot of people who only have cheap laptops/phones instead of big gaming desktops. This combined with the focus on cooperative multiplayer forces me to pay extra attention to Performance/Bloat so that everyone can join in, even if they don't have the money for a fancy gaming rig.

W,S,A,D to move around the world.

Spacebar to jump, open you glider if mid-air, or pull in your grappling hook.

E to shoot/retrieve your grappling hook.

LMB to destroy a block.

RMB to use the current item.

V to loosen your grappling hook.

Q to drop the current item.


N to start flying around in no-clip mode.

M to toggle the debug overlayo.

F1 to switch to First-Person view.

F3 to switch to Third-Person view. 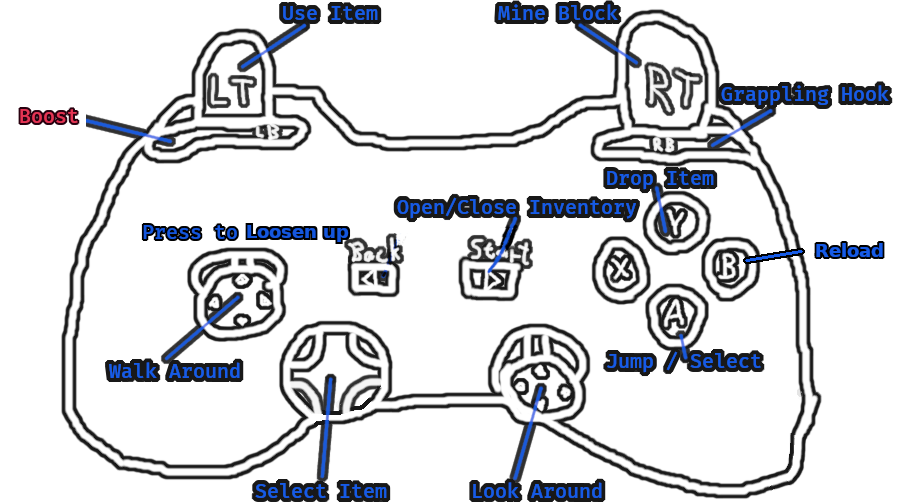 The layout is based on an Xbox360 controller, if you have a different controller it might differ but should be in a similar physical location.

These controls are really nasty and you should try to get another input device somehow!

Put your thumb on the lower left corner of the screen to move around, in the lower right corner is a zone for looking around. The upper area of the screen is separated into 4 zones used for dropping items, jumping, activating items and destroying blocks. You might wonder how you might select an item, you can't right now ;) Improved touchscreen controls will have to wait until a later time, the current controls were mostly done as a proof of concept.

Discord gets checked most often, but you can also send me an E-Mail, although it might take a while for me to get to it.